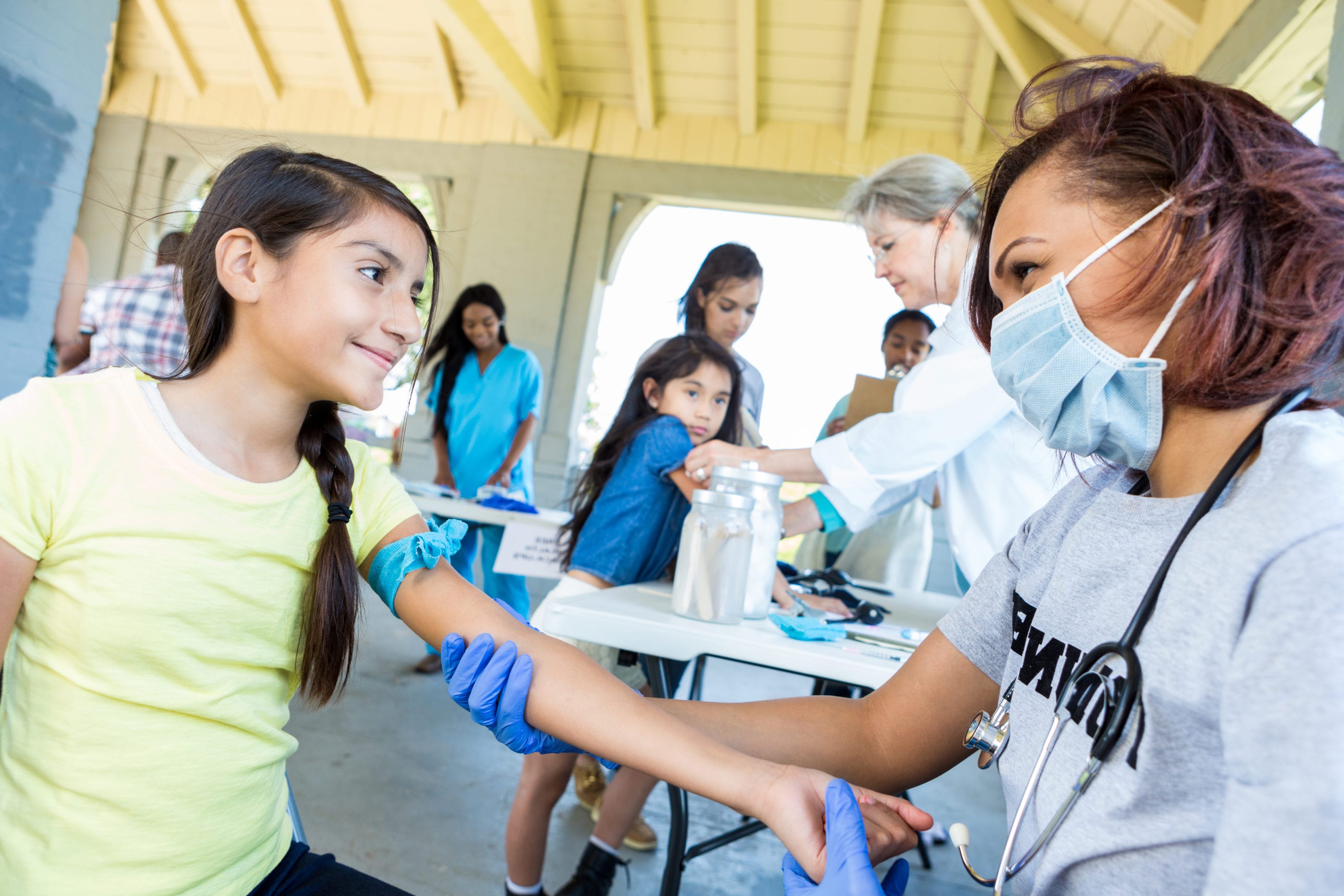 In rural western New York in 2011, Genesee and Orleans — two counties of similar geographic size, political make-up and demographics — began to face many of the same public health challenges, including limited resources and staffing shortages.

As budget cuts increased and more staff retired, the managers in both counties, who were long-standing colleagues, realized that their respective public health department operations wouldn’t be sustainable long-term. They knew that in order to continue protecting the health of their communities, they would need to collaborate.

The county managers hoped that by coming together and sharing resources and staff, they could first stabilize, and then ultimately expand the services offered by their departments. So, they decided to move forward with the exploring and sharing of a director and deputy director to serve both counties.

In 2013, the Center for Sharing Public Health Services awarded the health departments a $125,000 grant to pilot the shared staffing plan. And over the next several years, they were able to expand their shared services to include sharing a director of patient services, environmental health director, director of children with special health care needs, an emergency preparedness coordinator, and importantly, to authorize staff from one county to work in the other.

We were put in a position where it was difficult to replace staff after retirement. It was very challenging to hire new employees and maintain services. We were losing employees who’d been with us for 20 to 30 years, who had a lot of historical knowledge. And that meant we couldn’t maintain continuity and sustain the level of services we needed to protect the people we were trying to serve.”

By coming together to share critical staff members, Genesee and Orleans Counties became more efficient and effective in delivering the public health services needed in their respective communities. In fact, the departments estimate that as of 2018, by working together across jurisdictions, they have accrued an “enhanced benefit” of more than $1 million — a term they used in place of “cost savings,” because not all benefits necessarily involved spending less money. Just a few of these benefits follow:

—  Reduced personnel costs and increased staff expertise for both counties because of shared management and other staff. Both county health departments now have executive-level leadership in all major program areas, including emergency preparedness, environmental health and early intervention, in addition to an emergency preparedness assistant and case manager. Sharing staff as needed has enabled each health department to fill in gaps due to staff absences and keep up with service demands. Moreover, staff with specialized expertise, who otherwise might have been dedicated to one health department, can now be shared across county lines.

—  Secured a public health associate from the Centers for Disease Control and Prevention, who provided two years’ worth of research and analysis activities to both health departments. Previous efforts to secure an associate were unsuccessful, and it’s believed that the combined, larger population served made Genesee and Orleans Counties more attractive as a practice site.

Before the Center launched we were on our own. If someone left, we were left with a void for an indefinite period, and the residents suffered because they weren’t getting the services and protection that they needed. Now, because of the sharing arrangement, when we need assistance, we can go to the other county for expertise and help — for example for emergency preparedness or environmental health.”

There are several factors that contributed to Genesee and Orleans’ Counties’ joint success:

—  Maintaining healthy relationships can help you build a stronger foundation. From the beginning, the two county managers, who were longstanding colleagues, worked together and communicated frequently, laying the groundwork for a strong relationship built on trust and respect.

—  Taking time to “prime the pump.” Genesee and Orleans Counties took time to lay the groundwork about the pilot for the shared director and deputy in their discussions with important decisionmakers — including county managers, counties’ boards of health and legislatures, and the New York State Department of Health. By “priming the pump” in this way, during frequent discussions over a year’s time, the departments were able to gradually move from sharing high-level issues about the pilot to addressing specifics.

—  Convening staff in person as much as possible. Bringing staff from both counties together in person as much as possible was critical for cross-jurisdictional teamwork. The more exposure they had to each other, the more they trusted one another and the better they worked together. These kinds of meetings can also help introduce staff to new shared positions and types of expertise available to them.

Six counties in Colorado's San Luis Valley began to explore ways to work together to provide environmental health services at the local level.