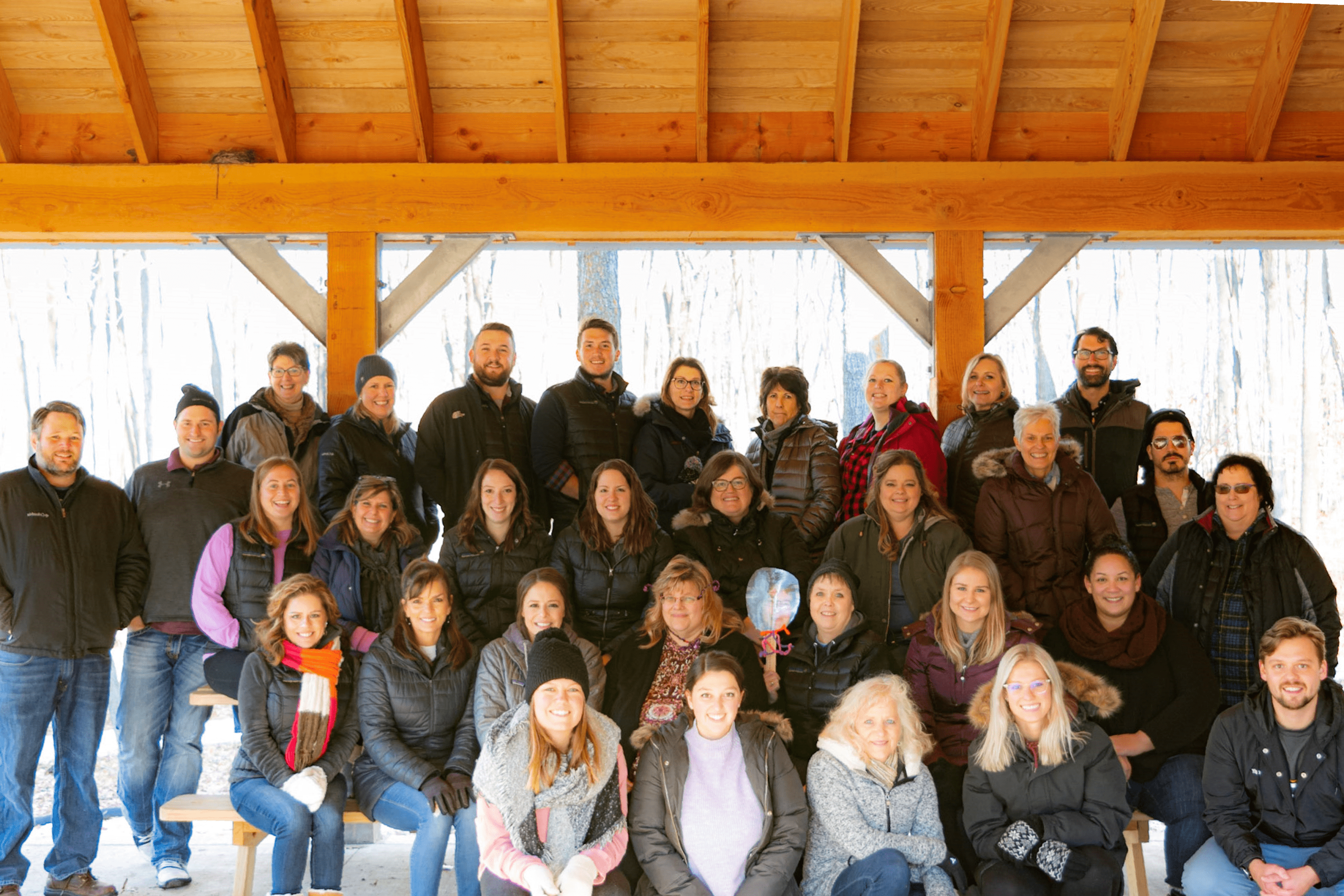 Ozaukee County, a suburban jurisdiction north of Milwaukee with a population of 87,000, fares well overall in terms of health and socioeconomic indicators, although significant disparities exist in the northern, rural part of the county. Washington County, at the western border of Ozaukee, is predominantly rural, with a Milwaukee suburb at its southeastern corner. Washington County’s population is 150,000, with less favorable socioeconomic indicators and some significant overall health disparities. Even so, Washington County is the second healthiest in the state according to the County Health Rankings.

In 2014, both county governments had a goal in their respective strategic plans to share services with neighboring jurisdictions in order to use available funds more efficiently and effectively. Within this context, leaders in both counties agreed to merge their health departments.

They began the merger by selecting which health department would become the fiscal agent and the employer of all staff. Because Washington County had an interim health director at the time, Ozaukee County took on these roles. Kirsten Johnson, health director for Ozaukee County and then for the newly formed entity, used the merger as an opportunity to build a modern health department that fully embraces Public Health 3.0

Johnson had worked hard to engage the community in Ozaukee County in the five years prior to the merger – a deliberate strategy to move toward Public Health 3.0. Johnson looked critically at the available resources of the newly merged health department and carefully considered how they could do more with what they had. Through retirements and attrition, Johnson gradually overhauled the staffing pattern to ensure the capacity needed to fully implement Public Health 3.0. This entailed bringing in more epidemiology and public health strategy expertise while decreasing the number of nursing positions.

Rather than maintain existing policies and procedures, Johnson worked with staff to develop new ones tailored to the new department. Existing ordinances were reviewed and refined, and both counties adopted updated versions. A new board of health was established, enabling Johnson to take a fresh approach to the conversation about public health. She focused discussions on leveraging partners and resources to make the community healthier – a concept that resonated soundly with the new board of health members.

In 2016, the Washington Ozaukee Public Health Department won a competitive award from the Center for Sharing Public Health Services to measure the impact of the merger – an activity wholeheartedly supported by the board as they were eager to see objective improvements in efficiency and effectiveness.

The merger came at an opportune time, providing a platform to full embody Public Health 3.0”

The Washington Ozaukee Public Health Department fully embodies Public Health 3.0. For example, the position of community health strategist was developed to support and promote partnerships. The health director continues to expand partnerships with hospital systems, businesses and others in both counties, leveraging more resources and influences to improve the community’s health. Staff positions have moved from being generalized to becoming more specialized. Johnson sees this evolution as the primary benefit of the merger.

In the first two years of its operation, the budget of the merged health department was about $500,000 less than the combined budgets of the previously single health departments. Those savings persist today when accounting for inflation. Moreover, the health department has not experienced any budget cuts in the nearly four years since the merger occurred. Johnson attributes this to the new board of health’s understanding of public health and the role of chief health strategist.

The impact measurement plan funded by the Center for Sharing Public Health Services demonstrated a reduction in case investigation time for communicable disease; in the case of hepatitis C, the reduction was about 50 percent. Moreover, waiting time for appointments for immunizations in Washington County were reduced from seven to four days as a result of using new technology for records and appointments. Referrals for clients of the Special Supplemental Nutrition Program for Women, Infants, and Children (WIC) to other medical and social services increased in Ozaukee County from less than 37 percent to 77 percent as a result of the merger. Referrals almost never were done in Washington County before the merger; after the merger, almost 15 percent of WIC clients there received a referral.

Allow sufficient time for a change of this magnitude. The Washington Ozaukee Public Health Department merger was completed in about a year, and another six months likely would have made for a smoother process.

Appoint a leader who has been given the authority needed to make changes.

Prepare to handle ambiguity. A merger is a significant undertaking so it is impossible at the outset to predict how every detail will be managed.

Be transparent with staff and communicate frequently. Even in the absence of anything to report or definitive answers to prevalent questions, it is best to let people know there is no new information as opposed to remaining silent.

The Center for Sharing Public Health Services provided technical assistance on measurement activities and served as a sounding board. Through the Center, the health department staff was able to meet with people across the country who were working on similar efforts.