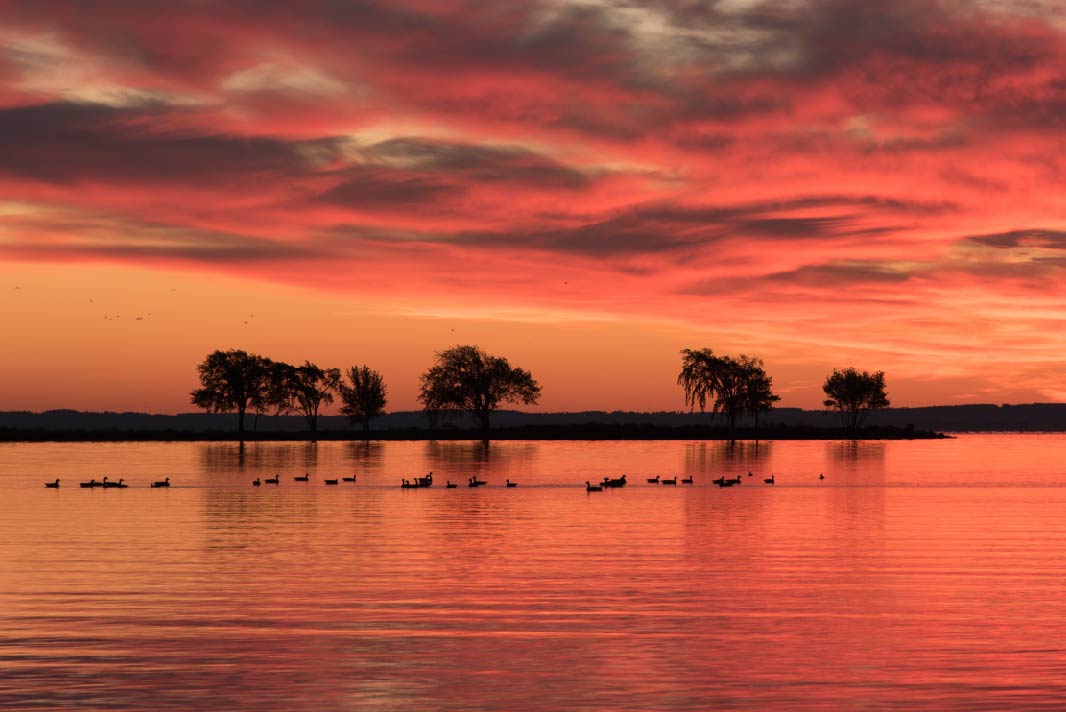 Winnebago County in east central Wisconsin has a population of 170,000 and borders Lake Winnebago on its eastern edge. The lakeshore is more urban, and the western and central areas of the county are fairly rural. For years the county had four health departments, three of which served the largest cities and Winnebago County Health Department that served the smallest cities and villages in the county and all townships. All four health departments were focused on similar health priorities, had the same community partners, and attended the same meetings; the highly redundant countywide public health system hindered the efforts of any individual health department to achieve efficiencies and enhance effectiveness. Moreover, the smaller size of the jurisdictions served also made it difficult to secure grants and rally resources needed in times of public health emergencies.

Winnebago County Health Department director Doug Gieryn was interested in consolidation beginning with his arrival in 2004, and the 2010 retirement of the public health director in the county seat, Oshkosh, opened the door to negotiations for a consolidated city-county health department. As the negotiations progressed, the public health director in the city of Neenah also retired, and that city also decided to explore consolidation. (The fourth health department, in the city of Menasha, explored consolidation but ultimately remained independent.) The consolidation of staff and space was complete after nearly two years of planning.

Gieryn used the consolidation as an opportunity to strategically reorganize the department so it embodied Public Health 3.0. This entailed establishing a new Community Health and Prevention Division; creating new positions including community health strategist, communications specialist, public health planner (devoted to accreditation and performance management), and most recently a policy and equity coordinator who supports an internal policy team and equity team; and expanding the role of health educators to address social determinants of health. Other changes included eliminating redundant services available in the private sector to individuals (e.g., blood pressure checks and nail care) and moving from generalist to specialist positions.

While all staff were guaranteed a position in the newly consolidated health department, only Gieryn had to apply for the Director position, thus enabling the three jurisdictions to select the leader of the new health department. A great deal of attrition occurred in the transition as vacancies were not filled and some staff were not interested in working for the reconfigured health department. Those staff who stayed maintained their tenure, seniority and benefits in the process.

Gieryn led a complete review of all public health ordinances in the county and both cities. Many needed to be revised as the new health department was not responsible for some of the functions fulfilled by the pre-consolidation health departments.

The consolidation made it possible for us to focus on Public Health 3.0, which in turn enabled us to bring more public health resources into the county than was previously possible.”

Winnebago County Health Department is widely regarded throughout the state as a progressive leader, as the transformation afforded by the consolidation resulted in a health department that exemplifies Public Health 3.0.

The health department has extended its reach in the county through numerous partnerships maintained by the director as well as staff members. Much of the health department’s work is focused on creating synergies with and leveraging the capacity of community partners to achieve mutually established public health objectives. The health department also empowers various partner organizations by serving as a fiscal agent and/or hiring staff when the organization isn’t eligible to do so on their own (e.g., due to lack of audit or insurance requirements).

The consolidated health department is more nimble in the face of emerging threats, as it is easier to provide rapid input on policies that impact health in all municipalities and it’s also easier for hospitals to partner with just one entity within their catchment areas. A good example can be found in the opioid crisis, when the health department quickly established policies and procedures for a new needle exchange program and Narcan distribution.

The new health department successfully applied for grants to support and expand programming for the larger population it serves. In 2011, health department staff numbered 28, and the 2020 budget supports 49 staff. The capacity of the health department is further expanded through the use of Americorps interns and by serving as a practicum site for nursing students. An added benefit is that interns and students provide staff with the opportunity to learn new skills by orienting, training and supervising them.

Develop a new strategic plan at the outset, thus giving all staff a voice in the foundation of the new health department.

Carefully consider how best to transition staff that will have new responsibilities. Prior to consolidation, the nursing staff comprised about 75 percent of the workforce and now they represent about 20 percent. A great deal of attrition occurred as nursing responsibilities evolved away from clinical care and into things like data analysis and community convening.

Be patient when being proactive. It took over five years from the time Gieryn conceived of a consolidated health department to the time political will allowed for the first earnest discussions to occur. Patience also is helpful while negotiations and planning are underway.